I finished the Union Jack desk in my oldest son’s room, along with a chair to match.  You can see the Part 1 here.

We are slowly “growing up” his room this summer and his desk received the first overhaul.  I’ve always wanted to do a Union Jack design and, because we planned to keep this desk in his room during the overhaul (he used each and every drawer!), it was a great place for Union Jack!

His chair was a Value Village find with a torn vinyl seat.  I painted it Sherwin Williams Creamy , distressed a little on the edges, and waxed.  The seat is screwed on from underneath, so I simply removed four screws, lifted the padded seat off its base, and stapled a cut-to-fit swatch of painting dropcloth right over the old blue vinyl.  So cheap since I had extra dropcloth anyway!

What makes the chair special, though, is the number #64 painted on its seat.  For some reason I don’t fully understand :-), #64 has been my son’s favorite number for years now.  He incorporates it into his email addresses, passwords, etc., so it is only fitting that of all the numbers I could paint on his chair, #64 would be the one.

I printed the #6 and #4 individually in a Microsoft Word document.  My font was STENCIL, my font size was 500. 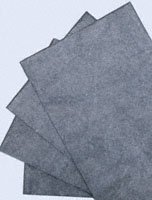 Then, I simply painted in the numbers using Sherwin Willians Stolen Kiss mixed with my fabric medium. (The blue line was simply taped off and painted in Behr’s Midnight Blue).

I sprayed the seat with a couple coats of Scotchguard to protect it from stains and spills.  It’s a wonderful complement to the desk ~ and a fitting accent for my son.

Next we’ll be tackling his two bookshelves, transforming them with paint and pallet-backing like this: My oldest boy is such a gem; it’s been fun working with him to make this space his personalized hang-out zone.
Blessings on your weekend!

END_OF_DOCUMENT_TOKEN_TO_BE_REPLACED

There's just something about the sun shining brightly and a warm breeze blowing that makes us want ...

END_OF_DOCUMENT_TOKEN_TO_BE_REPLACED


Error: API requests are being delayed for this account. New posts will not be retrieved.