This home project was amazingly simple.

Usually when I have an idea, Fireman tells me to schedule double the time I think it will take.

We were both pleasantly surprised when building our Rustic Shelves took less time than we thought.

The far corner of our living room has been an enigma to me since day one.  It’s that area above the piano in the far corner; I snapped this golden picture shortly after cleaning up our Christmas decorations in January.  Although I love the DIY mirror-turned-chalkboard that was there, it still wasn’t exactly what I wanted.  This corner receives a lot of sun in the afternoon and evening, so I can’t place artwork or pictures there because of fading.

When the idea of open rustic shelving came to me, I knew I’d reached a fun solution I could change out with the seasons…..or as the mood hit me.  Because that whole mood/itch/gotta paint something NOW comes on me every now and then.

But you already knew that~

First, Fireman cut the 2x12x12 into three 4′ pieces because we knew we wanted the shelves to be 4′ wide.  (Sometimes math works out perfectly on projects.  This was one of them.)

He then sanded them with our mouse sander to round the edges and prepare them for stain.

We then set about “distressing” the three boards.  We did this by whacking with a hammer, hammering the side of a screw into them, and using a punch to hammer hole patterns.  There was no rhyme or reason, just a lot of banging going on.

Here are a few pictures to show you what tools we used, as well as the results we achieved from the banging. 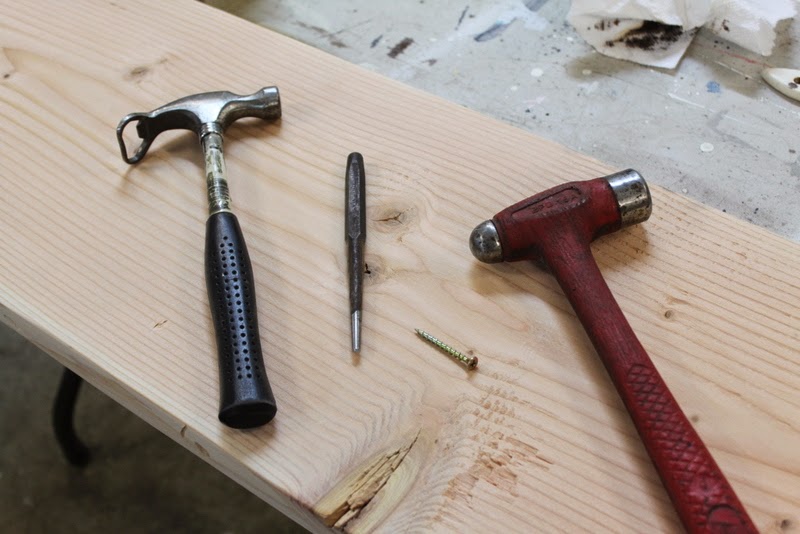 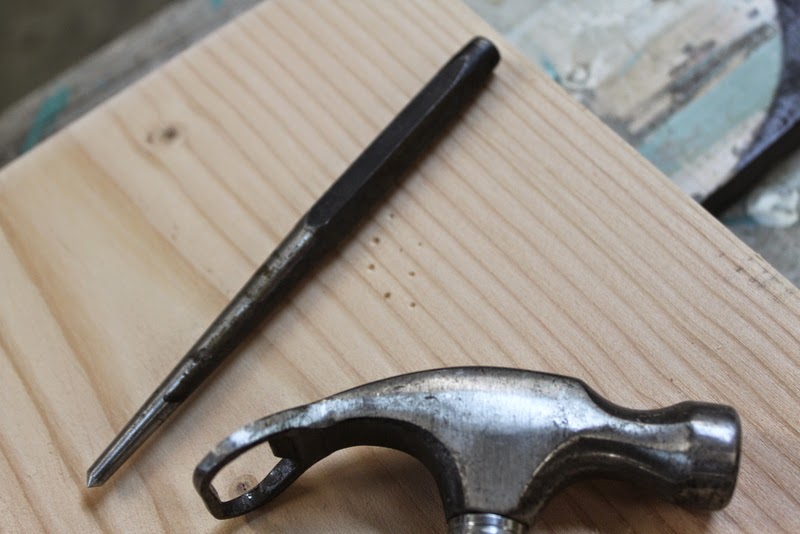 Here is a picture of the “hole pattern” once stained. 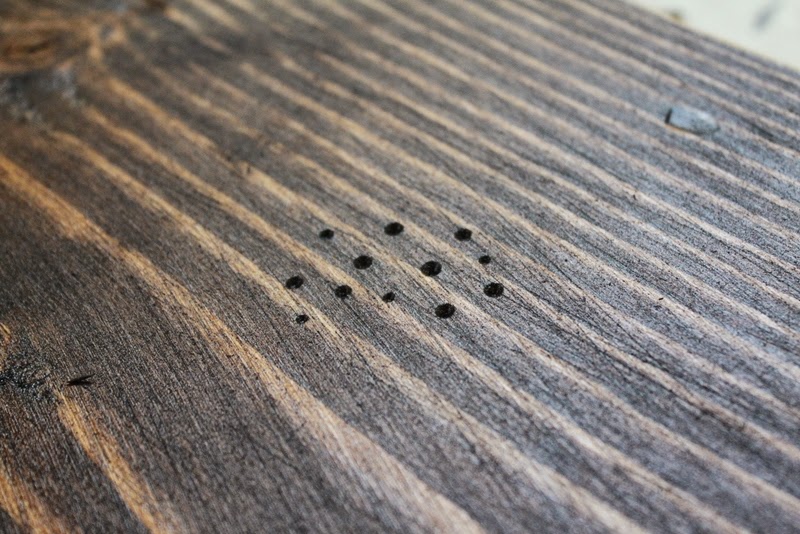 After distressing the wood, I was prepared to play around with stain finishes to achieve my desired result.  However, after a few sample boards, I learned that Minwax Red Mahogany, applied on its own, was all I needed for the dark, reddish tones I was after. 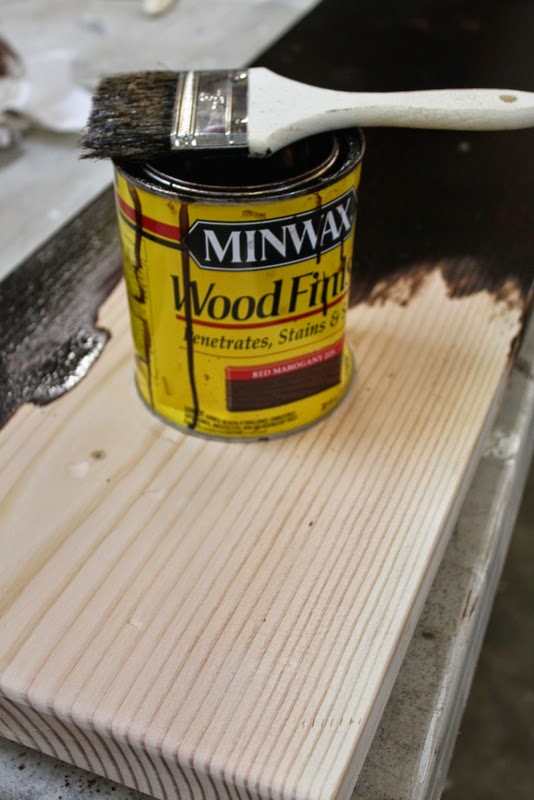 I stained both sides, letting them dry several hours before flipping, and then let everything dry overnight.

The next day, I was so eager to see them installed I told Fireman we’d just “hang them to see” and that I’d put a coat of poly on them later.

Using drywall anchor screws, Fireman went to work placing the brackets.  After marking where the finished shelves would go, placing the three shelves 14″ apart, we measured and hung the brackets 7.5″ from the “ends” of where each shelf would sit.

Our poor piano.  Not only does it need a good coat of paint, we don’t even have the courtesy to slide it out of the way while DIYing.  It was free, though, so we’re not too invested.

A little spring styling, and our rustic shelves are complete ~

Can you see the edges of the shelves where our distressing paid off?  Love it.

Now I’m sure you’re wondering if I followed through with applying my coat of poly.

And I still haven’t Sharpie-markered the silver heads on the drywall screws either, which I really should go and do right now.

So without further ado, and my trusty black Sharpie in hand, I will bid you adieu and wish you a very Happy Spring 🙂