One of the things I loved about the book “Unbroken” was a relatively insignificant paragraph on page 167 describing Louis Zamperini’s observations while at sea (emphases purely my own):

Louie found that the raft offered an unlikely intellectual refuge.
He had never recognized how noisy the civilized world was.
Here, drifting in almost total silence, with no scents other than the singed odor of the raft,
no flavors on his tongue, nothing moving but the slow procession of shark fins,
every vista empty save water and sky, his time unvaried and unbroken,
his mind was freed of an encumbrance that civilization had imposed on it.
In his head, he could roam anywhere, and he found that his mind
was quick and clear, his imagination unfettered and supple.
He could stay with a thought for hours, turning it about.

I remember reading that passage for the first time, pausing, and reading it through again, more slowly this time.

Over the months since (and certainly it’s been a year since reading the book), I’ve pondered this notion of thought a lot.

I consider the likes of Mozart….Michelangelo….Ben Franklin…William Shakespeare…Abraham Lincoln, and I try to imagine the innumerable hours each one invested in composing, writing, painting, transforming a nation.

I recall another passage I underlined many, many years ago in Charles Martin’s “When Crickets Cry,” as the main character, Reese, considers Mozart’s childhood accomplishments:

...yes, of course he was a genius, but another way to look at it
is that he just discovered early what it was God made him to do.
That’s all.
…Mozart found out what that was
and then got a head start on using it.
Of course he was brilliant, but that’s not the point.
The point is he knew, and then he got to work.

In my pondering, one of the questions I keep returning to is this:

In our hectic, activity-driven, electronically charged world, have we tragically underestimated the critical importance of simple, uninterrupted thought?

Are we inadvertently, through our obsession with screens and instant access and up-to-date media and never-ending social media pressure….Are we disregarding the world-changing value of “staying with a thought for hours,” ……….and “turning it about”?

Of all places, in the shower the other morning I began singing a song that has the power ~ as  anointed songs do ~ of rendering me teary-eyed within seconds. As I sang In the Garden, this notion of thought…..of quiet……of lengthy pondering…..echoed once again in its words:

I come to the garden alone,
While the dew is still on the roses.
And the voice I hear, falling on my ear
The Son of God discloses.
And He walks with me
And He talks with me;
And He tells me I am His own.
And the joy we share,
As we tarry there,
None other has ever known. 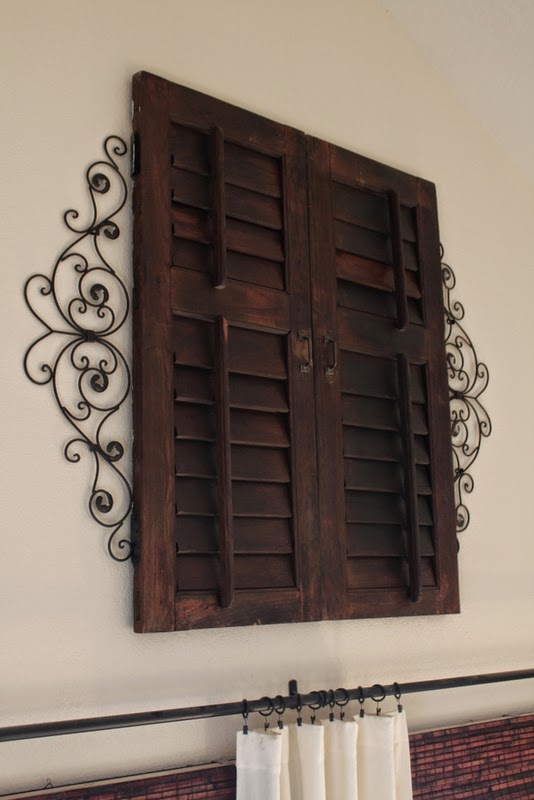 Does anyone wander in gardens anymore?

I used to think the reason I loved to craft and paint, transform furniture, and tackle projects in my home was because I had this creative side which needed a release. And I do still believe this is partly true.

But what I’m realizing now, what draws me back to this kind of thing again and again, even when the laundry isn’t finished, the floors need mopping, dinner must be started, mail must be sorted……

…is that my mind, if only for a moment, desperately needs to be freed from an encumbrance society has imposed on it.

I guess you could say I need a little time to stay with my thoughts for awhile.  To turn them about.

I just may take up garden walking, too.